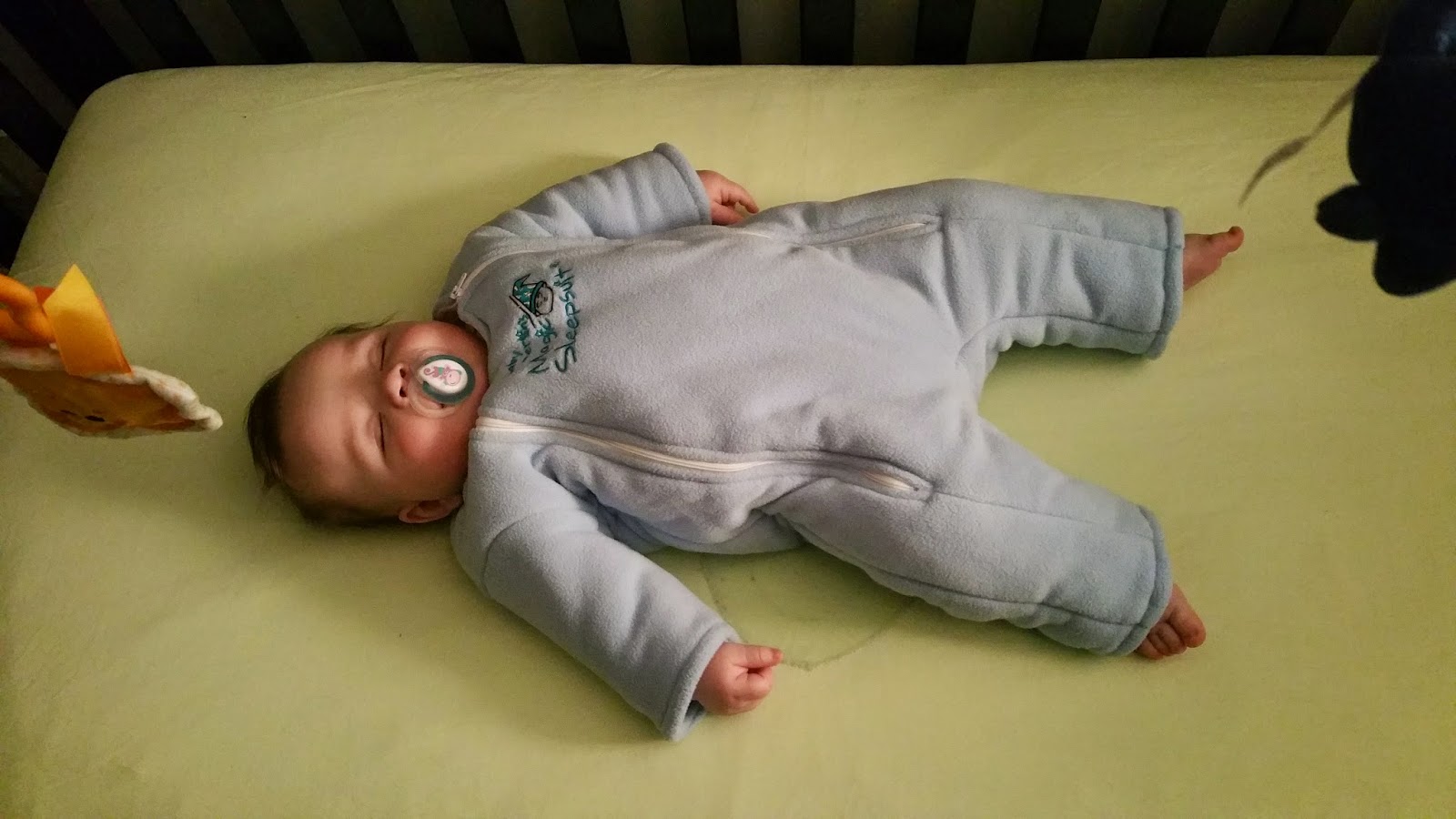 Jamie from Top Notch Material says the Magic Sleepsuit changed her life: "No really, it has CHANGED MY LIFE"

The Magic Sleepsuit helped muffle her son's strong startle reflex allowing him to sleep the entire night in his crib--a first for babies in her family! Kelly from the OK Momma says the Magic Sleepsuit was "quite possibly the best money we spent on any single baby product". Her baby's strong startle reflex was muffled allowing her baby (and her Momma) to finally have a good night's sleep! She recommends the Magic Sleepsuit because it provides "all the coziness and comfort of the swaddle while allowing your baby an appropriate amount of freedom that will help him/her as they are transitioning from swaddling"

Misadventures in Mommyhood-Confessions Of A Serial Swaddler

Kristin, from Misadventures in Mommyhood asks "How peaceful can one 6 month old get?" Very, when sleeping in the Magic Sleepsuit! Bump Club and Beyond  celebrates the Magic Sleepsuit as a swaddle transition product that "MANY moms around BCB have grown to love". Darcy from Fit Foodie Mom loves her Magic Sleepsuit: "It really is magic, because nothing I’ve tried has done anything like it — sleep sacks, swaddling, warm pajamas, etc.

Jackie from Denver's Metro Mom's Blog calls the Magic Sleepsuit a "Game Changer" and is one of the top 10 baby items that she "could not live without".....

My Sleep Style: It All Depends On Her